View a larger image of the map

The new ground zero for pipeline development in this country is driving south through Virginia and into North Carolina. Here’s an update on both the Atlantic Coast Pipeline and the extension of the Mountain Valley Pipeline in the State of North Carolina.

Several weeks ago the ACP companies requested permission from FERC to voluntarily stop construction of the proposed ACP, this request followed the loss of several permits required to go forward with construction, a total of 7 permits have been withdrawn. The loss of permits were the result of 4th Circuit Court of Appeals rulings on lawsuits filed  by the Southern Environmental Law Center on behalf of the Sierra Club, Appalachian Voices and other environmental groups. Two key permits that were pulled were the permit from the National Park Service to allow  horizontal directional drilling (HDD) underneath the Appalachian Trail and the permit from the U.S. Fish and Wildlife Service to allow incidental taking of endangered species along the proposed route. 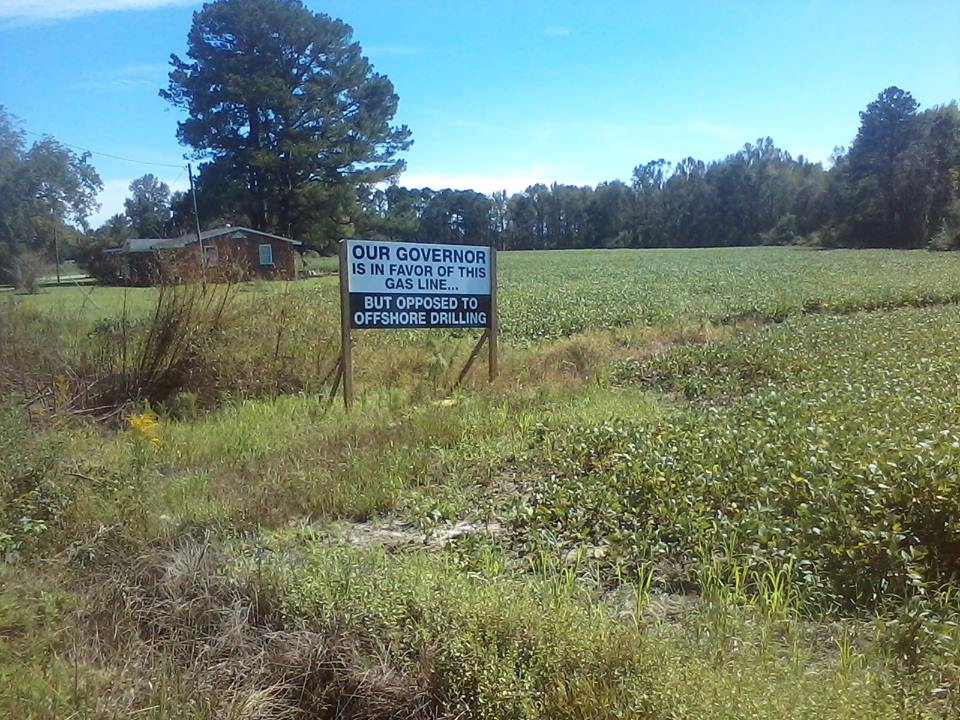 As mentioned, this is a voluntary shut down rather than a FERC ordered shut down, the conditions of a voluntary shutdown are less stringent, in either case it is a relative term, there is a provision in the shutdown that the companies can continue construction where it is “needed” to stabilize the terrain and prevent erosion. This is something the companies are stretching to the nth degree, if they have delivered pipe to an area they say the best thing for them to do is weld the pipe together and install the pipe, this is currently happening in Northampton County, NC. In Nash County, NC horizontal directional drilling (HDD)  is underway 24/7, they say the bore hole might collapse if they don’t install the pipe.
The ACP companies have now moved the proposed completion date  to 2021, they are assuming that they will be able to get the suspended permits back and go on with construction. The costs of the proposed pipeline are now projected to be between 7.5 and 8 BILLION dollars, the original projection costs in 2014 were 5 billion dollars.  Moody’s has downgraded  the proposed project  to a negative buy.
—–
Marvin Winstead grew up on 70 acres of farmland in Nash County where he still lives and farms. This land has been in his family since the 1930’s. He has been fighting an eminent domain lawsuit with pipeline developers, refusing to grant an easement that would allow the pipeline to bisect and thereby endanger his property. 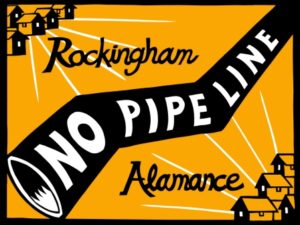 Provided by Emily Sutton
—–
Emily Sutton is Haw Riverkeeper and, among other water-related initiatives, is leading education and organizing efforts to stop the Mountain Valley Pipeline.
Learn more about the MVP and subscribe to updates on the Haw River Assembly website:
http://hawriver.org/river-issues/mvpsouthgate/