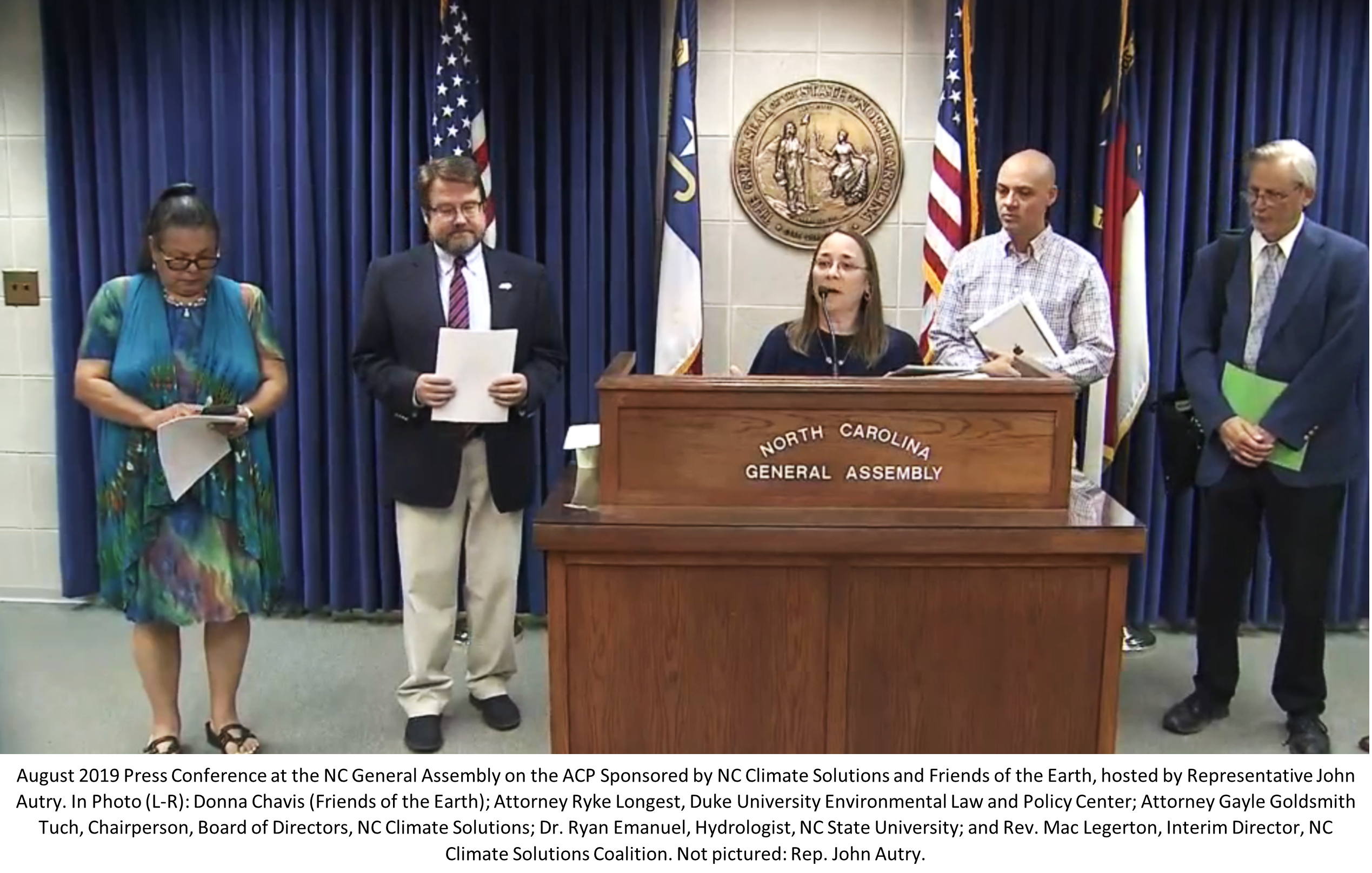 On Sunday, July 5th, 2020, Dominion and Duke Energy announced that they cancelled the Atlantic Coast Pipeline. Over six years, the environmental and environmental justice communities in NC, VA, and WVA joined forces to halt the largest and most expensive, gas pipeline proposed on the East Coast of the United States. The NC Climate Solutions Coalition has been a leader in this successful effort, investing time, talent, and financial resources to assist the environmental justice communities and counties in Eastern NC in opposing the project and convincing Dominion and Duke Energy, state and federal regulators and elected officials that the ACP was unnecessary and a threat to the environment, economy, and climate.

On hearing the news of the welcomed end of the ACP, Rev. Mac Legerton, Interim Director of the NC Climate Solutions Coalition, stated:

“We assume that Dominion and Duke Energy did not want to take the risk of their request being denied by FERC for a two-year extension for the ACP, and that’s why they made the decision to withdraw the ACP at this time.  Environmental organizations are not to blame for the failure of the ACP project. The ACP was an unnecessary and irresponsible, economic, and environmental boondoggle from the very beginning. Dominion and Duke Energy misinformed and misrepresented the full scope, scale, and impact of the pipeline to federal and state regulators and elected officials, including plans to take the pipeline to South Carolina and potentially export its gas as Senator Burr so aptly described in 2015. For this reason alone, it needed to be halted.  The economic vitality and future job growth of North Carolina are in renewable energy, not un-naturally fracked, carbon-based, methane gas that is the #1 cause of global warming and climate disruption.”