Terri has over 20 years of development experience performing at the highest level. A former Executive Director and Vice President of Development, she is a dedicated and goal-oriented leader. She has a devoted passion for non-profit work and enjoys engaging with the public and educating communities on the mission and vision of NCCSC in a meaningful way.  Terri has extensive experience researching and applying for grant funding (national and local), as well as cultivating relationships with private funders, including major donors, corporations, and workplace campaigns. She firmly believes that non-profit work is the most rewarding profession for her personally and will forever be her career path.  Terri is attending UNCG full-time to obtain a BS in Integrated Professional Studies, minoring in Gerontology. In her free time, Terri can be found in her garden, playing golf, or dancing with her two golden retrievers Jordan and Pippen. 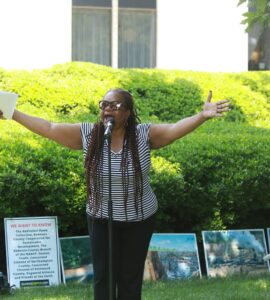 Anita is the former Program Director for the Robeson County Cooperative for Sustainable Development and the current Project Manager for the NC Disaster Survival and Resiliency School. She is a successful community organizer and empowerment motivator as she works alongside residents and civic leaders alike, supporting community organizing around the wood pellet issue in Robeson County with the Impacted Communities Against Wood Pellets Coalition. After moving to North Carolina in 2018 – three days before Hurricane Florence – Anita found her calling in advocacy and environmental justice. She is passionate about supporting resilience among at-risk communities and advocating for the most damaged and least consulted communities of color affected by climate emergencies. Whether it is the negative impacts of the wood pellet industry, racial, social, or other environmental injustices, her devotion and drive is working in an authentic way that allows excluded voices to be elevated. Anita loves to spend time wither her family, particularly her grandchildren and has become a dedicated beachgoer since moving to North Carolina. 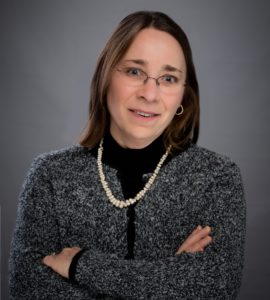 Gayle Goldsmith is a general practice attorney with 30 years of experience in litigation and alternative dispute resolution. In addition to a law degree, Gayle has a Master of Environmental Science from Miami University and a Master of Environmental Law from Vermont Law School, where she graduated Summa Cum Laude.  For over thirty (30) years, she has been an environmental advocate with community groups and governmental entities. Gayle is a founding board member and current co-chair of North Carolina Climate Solutions Coalition (comprised of environmental organizations and individuals) working to combat climate change through a transition to clean renewable energy, support of green jobs and other initiatives.  Gayle started and is a member of Temple Emanuel’s Environmental Movement, which won the FAIN Award which has been hosting a documentary film/speaker series since 2007.  From 2010 – 2016, Gayle was a board member and president of the board of Yadkin Riverkeeper and, in from 2008 – 2010, she was a board member of PEA (Piedmont Environmental Alliance) where she focused on presentations and demonstrations for the local earth day fair. 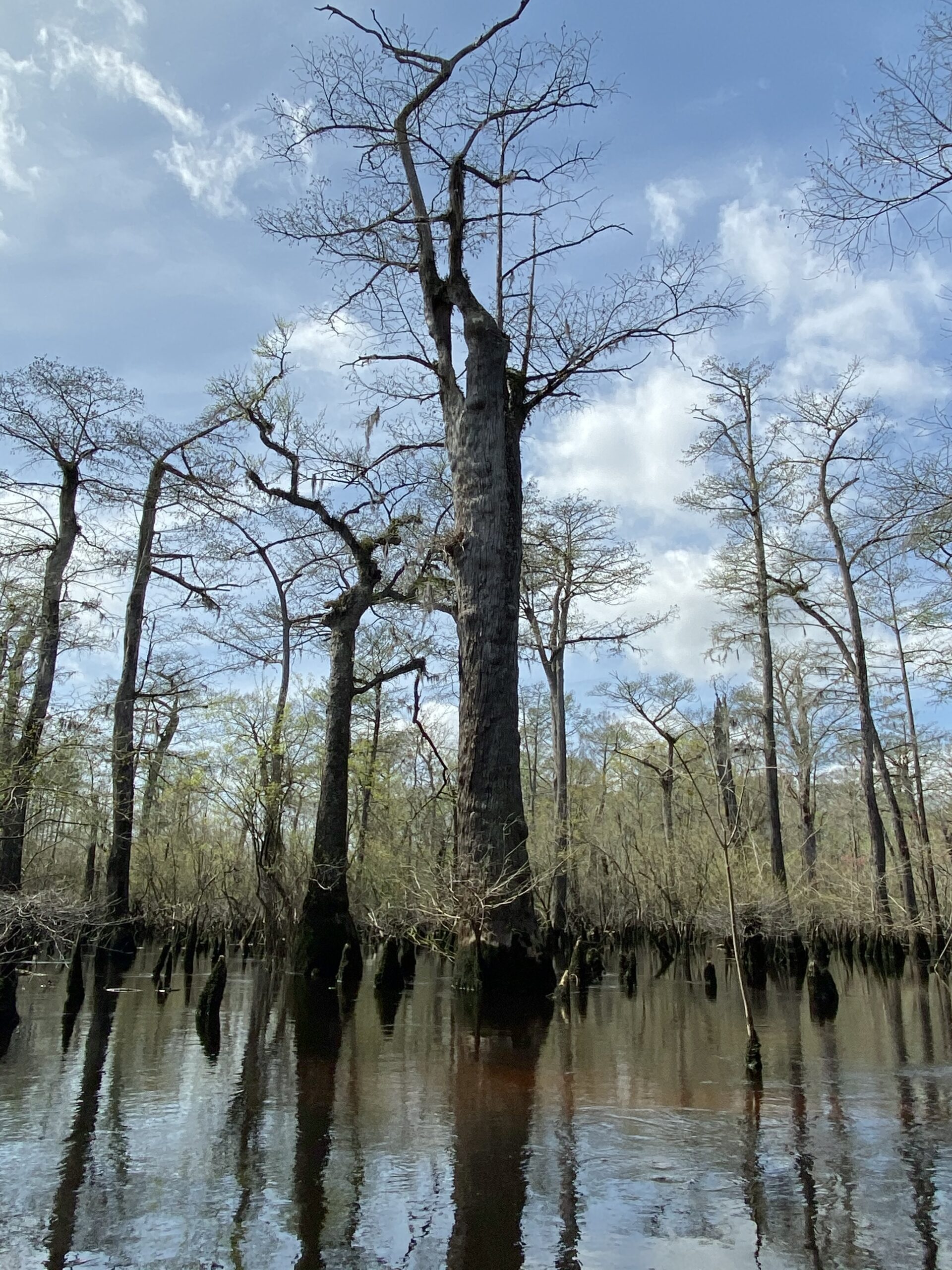 Bob Gilbert is an ecopreneur, owner, and founder of Washington Power and Light, Inc., an energy-efficient light manufacturing company based in Raleigh, NC. Its branding is: “Creating Power through Energy Efficiency since 1986”. Bob has been engaged in social, environmental, and climate justice activism for over 40 years and has served as a volunteer in numerous political campaigns. In 2020, Bob launched an ultraviolet COVID-19 disinfection, institutional lighting fixture line that sold over 2,000 units within 9 months. Bob has also worked as a patent researcher and marketer. Bob was a sustainable community member of Twin Oaks Community in Virginia for seven years. He is also a writer of three screenplays and poetry. 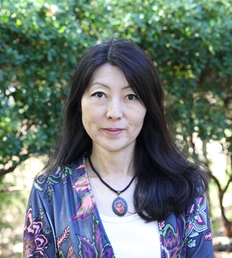 Etsuko Kinefuchi is a native of Niigata, Japan.  She is an associate professor of Communication Studies and affiliated faculty with Geography, Environment, and Sustainability at the University of North Carolina Greensboro. She is interested in advancing the study of and actions around culture, identity, communication, community, and justice beyond anthropocentrism to recognize humans’ inseparable connections to and dependence on what is often taken as inanimate and inferior “nature.” She teaches on the subjects of environmental discourse, climate change communication, human rights and rights of nature, among others. She is the author of Competing Discourses on Japan’s Nuclear Power: Pronuclear versus Antinuclear Activism (Routledge Studies in Environmental Communication and Media) (2022).

She served as UNCG’s Academic Sustainability Coordinator (ASC) for 2018-2020 and is an executive member of UNCG’s Sustainability Council. She currently serves on the Advisory Council of the Association for the Advancement of Sustainability in Higher Education (AASHE). She is a member of the International Environmental Communication Association (IECA) and has represented the IECA as a delegate to the United Nations Framework Convention on Climate Change (UNFCCC). 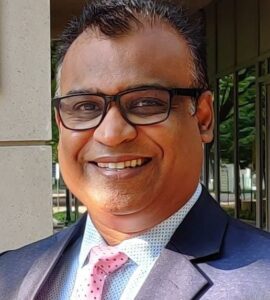 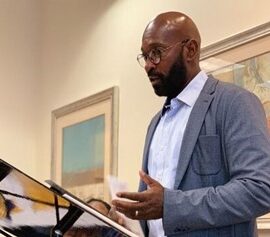 Randolph’s passion lies with serving disadvantaged people in our rural communities, particularly through promoting youth leadership, to ensure that our residents reap the benefits of investments in social, economic, and environmental justice today and into the future. Randolph holds a Bachelor of Arts in Political Science from NC A&T University and a Master of Arts in Human Resources Development from Webster University. 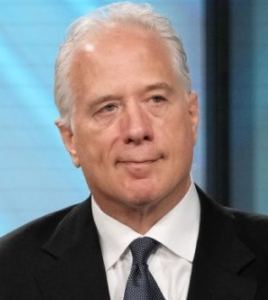 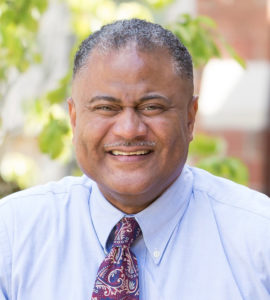 Rodney S. Sadler, Jr. is a graduate of Howard University (1989, B.S. Psychology/Philosophy), Howard University School of Divinity (1992, M.Div.), and Duke University (2001, Ph.D. Hebrew Bible and Biblical Archaeology), and has also studied at Hebrew University (1990). He is an ordained Baptist minister and presently serves as Associate Pastor of Mount Carmel Baptist Church and Associate Professor of Bible at Union Presbyterian Seminary.

Dr. Sadler’s work in the community includes terms as a board member of Siegel Avenue Partners and Mecklenburg Ministries. He currently serves on the boards of Loaves and Fishes, the Hispanic Summer Program, and the Executive Committee of the North Carolina NAACP. His activism includes work with the Community for Creative Non‐Violence in D.C., Durham C.A.N., H.E.L.P. Charlotte, the Middle East Peace Working Group, and the U.S. Africa Ebola Working Group. He is Vice-Chair of People Demanding Action, Vice-Chair of the Justice Action Mobilization Network, Vice-Chair of the Charlotte Clergy Coalition for Justice, the Co‐chair of the Truth Reconciliation and Anti‐poverty Commission, and has worked organizing clergy with, and developing theological resources for, the Forward Together/Moral Monday Movement in North Carolina. In addition, Dr. Sadler hosts a weekly national radio program for the People Demanding Action Network called, the “Politics of Faith.” He currently serves as the North Carolina NAACP chairperson of their Healthcare Committee.

He is a widely published author and editor. Among his research interests are the intersection of race and Scripture, the impact of our images of Jesus for the perpetuation of racial thought in America, the development of African American biblical interpretation in slave narratives, the enactment of justice in society based on biblical imperatives, and the intersection of religion and politics. 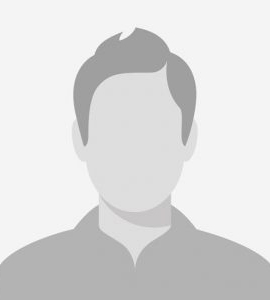 Ken Szymanski is the