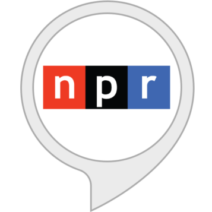 FROM NPR: Nations have collectively pledged to reduce heat-trapping emissions by about 3% by 2030 — but a reduction of 45% is needed to avoid extreme warming, according to a new U.N. report.

World leaders will begin climate talks in Egypt in a little over a week, and tensions are expected to run high in the negotiations to reduce heat-trapping emissions.

Now, new research shows the world has already fallen drastically behind in adopting the changes needed to avoid a future with even more extreme storms, heat waves and floods.

Collectively, countries have promised to reduce heat-trapping emissions by about 3% by 2030, compared to 2020 levels. That’s far from the 45% drop that’s needed, according to a new report from the United Nations Environment Program.

Cutting emissions nearly in half by the end of the decade would put the world on track to limiting warming to 2.7 degrees Fahrenheit (1.5 degrees Celsius) by 2100. But at the current pace of emissions, the planet would heat up by 5 degrees Fahrenheit, leading to more deadly heat waves and storms and the flooding of coastal cities due to polar ice melt.

At last year’s climate summit in Glasgow, Scotland, world leaders agreed to strengthen their commitments to cut emissions rapidly. But as of late September, only 24 out of 193 countries submitted more ambitious climate goals, according to a recent report by another U.N. body, the United Nations Framework Convention on Climate Change (UNFCCC).