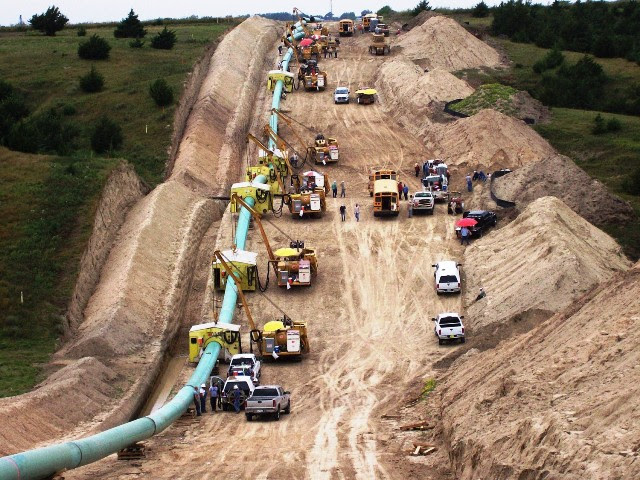 Most of our NC residents don’t know or understand what is happening with the energy economy in NC. If they have heard of the Atlantic Coast Pipeline, commonly called the ACP, they assume that it’s already built, a done deal, or dropped. It’s just not on the popular radar. This is ill-fated and treacherous because this ACP is our State’s biggest economic, environmental, and energy boondoggle in the last 100 years.

Despite no evidence of NC’s need for this massive, carbon carrier, regardless of an abundance of natural gas available from Transco – Duke Energy’s competitor, and in the face of mounting court decisions against it at the Federal level, proponents of this economic, environmental, and energy flimflam – including Duke Energy and Governor Cooper – continue to support its slow, devious, and disastrous path through Eastern NC, our poorest and most vulnerable part of our beloved State.

By watching the ads of Duke Energy and reading their marketing material, you would assume that our energy provider has a serious commitment to a low carbon future and to renewable energy. Unfortunately, this just isn’t so. In March 2018, Duke Energy reported they were using 3% renewable energy in their grid. By 2033, Duke’s published plans state that the company will only be at 8% use of renewable energy. On the contrary, the majority of Duke Energy’s resources are going to be utilized to implement a massive expansion of the use of carbon-based, hydraulically fractured, natural gas. These plans are based and dependent on the proposed Atlantic Coast Pipeline and many other carbon-based projects that are both in production and on the drawing board.

Now, by listening to Governor Cooper speak of his commitment to renewable energy, the release of Executive Order No. 80, and the establishment of the NC Climate Change Interagency Council, you would assume that he and his administration are on the brink of efforts to lower carbon emissions in North Carolina. Unfortunately, this just isn’t the case. Why? The ACP and 10 additional, carbon-based, energy expanding projects now planned in NC will not only offset any and all gains made by meeting both Governor Cooper’s and Duke Energy’s renewable energy goals, they will also turn our state into one of the largest emitters of carbon in the nation, if not the largest.

The sad – and liberating – truth is that the only way we can significantly lower carbon emissions in North Carolina and achieve a low carbon future is to de-carbonize the energy economy and halt the massive increase in the use of carbon-based energy fuels that is presently occurring and being planned for our State. But this is not the direction we’re headed in private industry and public policy. The saving grace is that it’s not too late.

Our second step in lowering carbon emissions in our state will be to move our energy economy as rapidly as possible to 100% renewable energy sources. Its where the jobs are, its where the improved battery storage capacity of energy now is, and its where we utilize the natural sources of life in the sun’s radiance and the ocean’s winds that we are blessed with to create a vital and viable future for North Carolina.

I live in Pembroke, NC, the alleged terminus of the Atlantic Coast Pipeline. It is “alleged” because Duke Energy is already constructing the Piedmont Gas Pipeline to join the ACP at the selected terminus in the middle of one of the oldest Native American communities in the nation. The ACP gas will go on to Hamlet where one of Duke’s existing gas-powered facilities is located. Also, a leading Dominion Energy official of the pipeline has stated that the ACP will also go into South Carolina and not end in Pembroke. There is already one pipeline and a compressor station owned by Duke Energy here. In 2017, the 10th worse natural gas leak in the nation since 2010 occurred at this site. ACP plans also call for a Metering and Regulating Station to be constructed here. So, at this one site, there would be a convergence of three pipelines (and a fourth if and when it is continued to SC), a compressor station, and a metering and regulating station. If these plans are implemented, this rural, populated area in the poorest county in NC will become one of the most volatile and at-risk places to live in the entire United States.

So, I’ve spent the last three years learning about carbon-based, un-natural, hydraulically fractured gas and how it is not, and in no uncertain terms, clean, green, or cheap (when the full cost to the climate is factored in and after it is exported through St. Elba Island, GA). If I sound passionate, I am. If I sound knowledgeable, I am more so every day. The more knowledgeable I become, the more convinced I am that we are on the absolutely wrong path in North Carolina.

You see, the untold story – and the one being hidden from the public – is that natural gas is a carbon. It is 90% methane (CH4). When a product is 90% of one element, it is called by that name. When methane gas is hydraulically and forcefully fractured out of the ground with toxic chemicals, it is anything but natural. When the climate started warming at a more rapid rate than predicted, scientists across the globe started efforts to research why this was happening. Their predictions were short-sighted. Global warming was rising at a highly, unexpected and dangerous rate. When they collected and analyzed all the evidence, they found that the spike in global warming corresponded to the onslaught of the hydraulic fracturing, piping, and burning of massive amounts of methane gas.

In a report I wrote on “Sources of Massive Expansion of the Carbon-Base Energy Economy in NC”, I described carbon-based methane gas in this way:

“It is the most potent and harmful, greenhouse gas over the first 20 years of its release, up to 80 -100 times more harmful than the release of CO2 from burning coal in the same span of time. In spite of this knowledge, neither Duke Energy’s new IRP’s acknowledge this fact nor does Governor Cooper’s new Executive Order No. 80 to reduce statewide Greenhouse Gas Emissions and support the expansion of Clean Energy Businesses. We in North Carolina cannot and will never move toward a smarter energy future, provide reliable, affordable, and increasingly clean sources of energy as long as methane gas is a part of public and private energy policy….”

“…. When all of the present and proposed sources of carbon emissions in this state are taken into account, no public official or private industry official can honestly claim that North Carolina is on any path to comprehensively, reduce carbon emissions by any significant amount in the near or distant future. We are on the opposite trajectory and to deny this reality is, at a minimum, a dis-service to the public, and at a maximum, a deceitful and fraudulent misrepresentation of the carbon-emitting products that are rapidly becoming the #1 sources of energy production in our state.”

There is the spiritual teaching: “The truth will set you free”. One writer wrote a sequel related to this teaching: “But first it will make you miserable.” What changes that misery into mastery is to transform the situation that is painfully true so that it becomes pleasantly positive. Fortunately, this is occurring in relation to efforts to halt the Atlantic Coast Pipeline.

Persons, organizations, and communities of faith are recognizing the need to move our energy economy rapidly toward 100%, clean, non-carbon, renewable sources of energy. The ACP is being challenged in state and federal court. A 2017 lawsuit against the ACP in Robeson County is proceeding in relation to the location of the planned Metering and Regulating Station in a populated area with existing gas infrastructure. In the eminent domain case of Marvin Winstead, the NC Court has ruled that the ACP cannot proceed to enter and disturb his farmland for 90 days in order to wait and see if the Fourth Circuit Court will overturn the Federal Energy Regulatory Commission’s approval of the pipeline.

The US Fourth Circuit Court of Appeals voided two permits granted to the ACP in December 2018. In the case against the US Forestry Service’s support for the ACP, the court quoted Dr. Seuss’s “The Lorax”, chastening it for not protecting and preserving natural forest resources from the ACP: “We trust the US Forest Service to ‘speak for the trees, for the trees have no tongues.’” Also, in December, Virginia’s utility regulators rejected Dominion’s Integrated Resource Plan, challenging the energy giant’s and ACP co-owner’s forecasts of energy demands in VA that were used to justify the need for the ACP.

By joining hearts, heads, and hands, the people of North Carolina can shift the economic, environmental, energy, and political interests in the state toward a commitment and plan to achieve 100% non-carbon, clean, renewable, and cheaper energy.

About the Author: Rev. Mac Legerton is Executive Director and Co-Owner of the Economos Institute LLC, a new business in NC focusing on research, education, training, and consultation in the sectors of economy, education, environment, equity, energy, and effective nonprofit development, fundraising, evaluation, and scaling.