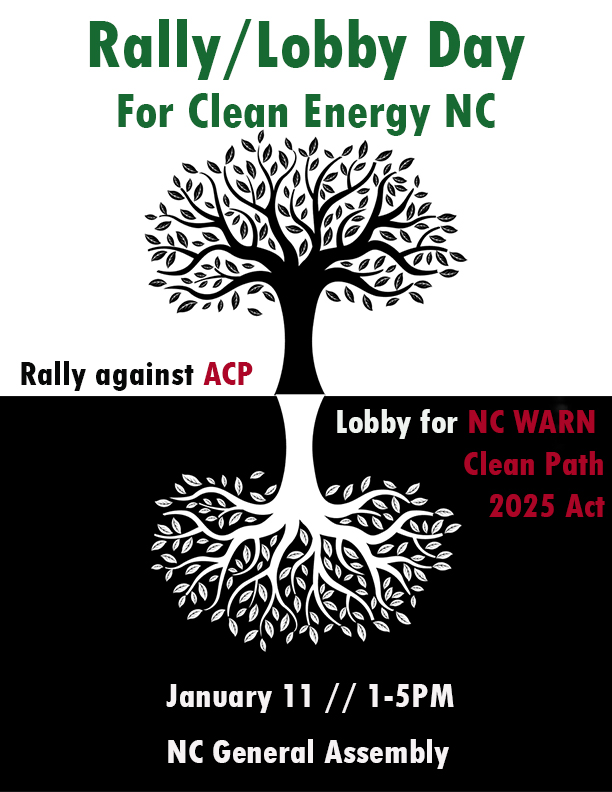 The event is youth-led, but allies are also encouraged to participate.

We will bus in students from North Carolina counties directly affected by the Atlantic Coast Pipeline to rally alongside them against this destructive project. First, we’ll lobby to our representatives for the NC Warn Clean Path 2025 Act. Following the lobbying, we’ll hold a press conference. Finally, we’ll pursue a direct action rally on BiCentennial Plaza against the Atlantic Coast Pipeline with student speakers. Those of us who do not live in these areas are not trying to exploit other voices; rather, put those on the front lines at the forefront of this movement. We recognize our privilege. Additionally, environmental justice work hugely intersects indigenous rights and racial equity.

Sign up to participate here if you are in need of free transportation and from one of the affected counties.